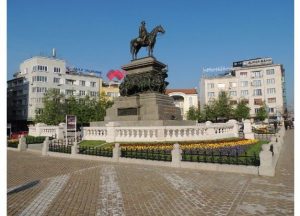 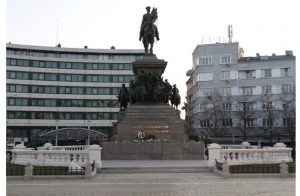 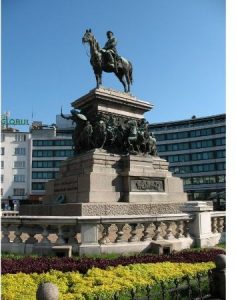 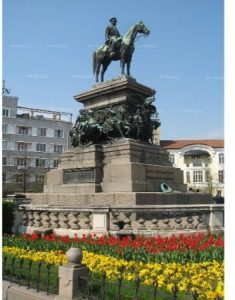 In the ideal center of Sofia, in the middle of the National Assembly square, stands erected an equestrian statue, ever watching over by-passers. The monument commemorates the Russian emperor from the Romanov dynasty Alexander II the Liberator. The man who managed to secure the neutrality of the other great nations at the time, in order to prevent a disaster, if war was to break out between the Russian and the Ottoman empires, while the Liberator was trying to resolve the “Eastern question” by liberating the Bulgarian state. Also the man who sold Alaska to the USA.

The nation of Bulgaria admires Alexander II for the great deeds done in their name. The Tsar Liberator who fought in the name of human rights with all the might of his imperial army and volunteers (mainly from Finland) and thus endingrepressions that lasted nearly 500 years.In order to express the respect and gratitude to the Tsar for the whole world and the next generations to behold, the 12-meter-tall monument was erected in 1907, not long after the Russo-Turkish war.

The Neoclassical monument to the Tsar-Liberator itself is the work of Italian sculptor Arnoldo Zocchi. On the 30th of August 1907, the day of the inauguration ceremony, Knyaz Ferdinand I of Bulgaria, Grand Duke Vladimir Alexandrovich of Russia, the son of Alexander II, Bulgarian nobles and war heroes paid their respect, as the monument was from then on an awe-inspiring sight. Erected of black polished granite from Vitosha Mountain, the Monument to the Tsar-Liberator consists of a pedestal, a middle part with figures depicting a group of Russian and Bulgarian soldiers led by the goddess Nike/Victoria, who raises her sword high above. Portraits of Grand Duke Nicholas Nicolaievich, Count Ignatiev and the generals Joseph Vladimirovich Gourko and Mikhail Skobelev surround the group and a massive Neo-Renaissance cornice finished with the sculpture of the Russian Tsar on a horse.

The monument to the Tsar-Liberator is one of Sofia’s cultural, historical and art treasures. It has the aura of the past two centuries surrounding it, making you feel part of the historical events prior to its construction.