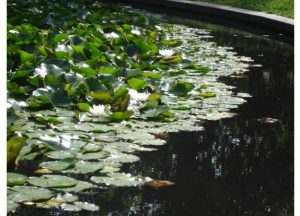 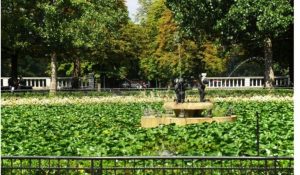 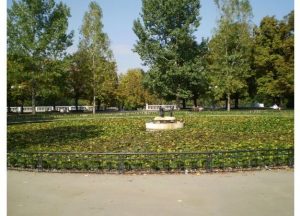 The Lake of Lillies is among the most popular places in the Borisova Garden.
It has a long history, which began in the 1880s along with the emergence of the park. Along with the years the appearance of the lake has change multiple times.

Where the lake stands now there was a swamp, which was contained to just this lake. In the beginning it was home to red koi fish and water lillies and was better known for the koi, rather than the lillies. In the beginning of the 20th century stone statues of toads and swamp turtles were added to the composition along a long stone fountain. In 1935 the stone fountain was replaced by the statues of three bathing children. The ornaments that decorate the lake remaining to this day are the stone toads and the lillies ,which are the reason for the name of the lake today. The koi fish population is replaced with that of toads and very relaxed swamp turtles that usually allign themselves upon fallen branches.
Next to the lake resides a small forest of century-old oak trees, which helps visitors experience the atmosphere of the late 19th century Sofia.

The Lake of Lillies in the Borisova Garden