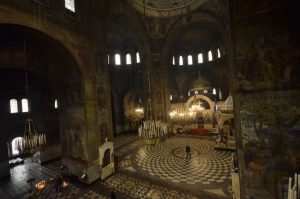 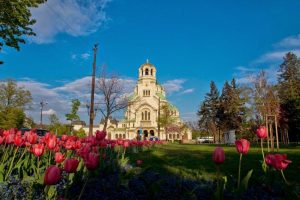 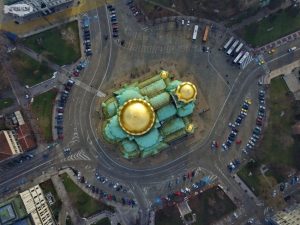 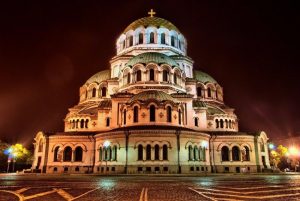 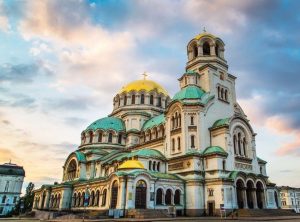 St. Alexander Nevsky Cathedral is the second-largest cathedral located on the Balkan Peninsula, after the Cathedral of Saint Sava in Belgrade. It is an orthodox cathedral and serves as the cathedral church of the Patriarch of Bulgaria. Situated in the center of the city and built inNeo-Byzantine style the cathedral is an obligatory stop for everyone who is visiting the capital.

The cathedral was created in honour to the Russian soldiers who died during the Russo-Turkish War of 1877-1878 and has taken the name of the Russian Prince Alexander Nevski (lived in 13th century) . The construction of the St. Alexander Nevsky Cathedral started in 1882 (but most of it was built between 1904 and 1912. It was designed by the Russian architect Alexander Pomerantsev, aided by Alexander Smirnov and Alexander Yakovlev. The final design was finished in 1898, and the construction and decoration were done by a team of Bulgarian, Russian, Austro-Hungarian and other European artists, architects and workers. The marble parts were created in Munich, the metal elements for the gates – in Berlin, while the gates themselves were manufactured in Karl Bamberg’s factory in Vienna, and the mosaics were shipped from Venice. The cathedral’s gold-plated dome is 45 m high, and the bell tower is 50.52 m. The temple has 12 bells with total weight of 23 tons, the heaviest weighing 12 tons and the lightest 10 kilograms (22 lb).Relics:

To the the left side of the altar is the case with the relics of Alexander Nevsky, given by the Russian Orthodox Church. In the underground floor is situated the crypt, part of the National Art Gallery contains the largest collection of Orthodox icons in Europe.