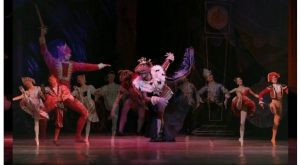 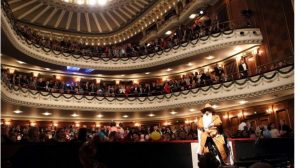 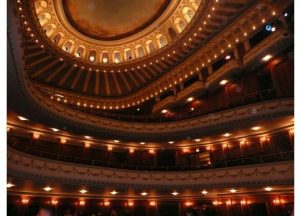 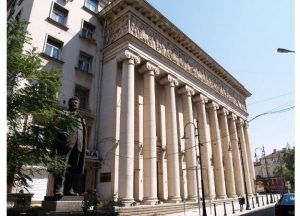 Sofia Opera and Ballet is a national cultural institution. The Opera is one of the most representative architectural monuments in Sofia. It is situated in the city center, close to St. Alexander Nevsky Square. The building is built in a neo-classic style. It is a preferred place not only for opera and ballet, but also for different congress and festival meetings.

The first opera company in Bulgaria was founded in 1890 as part of the Capital Opera and Drama Company. The two sections split in 1891 to form the Salza i Smyah theatrical company and the Capital Bulgarian Opera. It was, however, disbanded the next year due to lack of government funding and financial difficulties.

The Bulgarian Opera Society was established in 1908. The first full opera was performed in 1909 – Pagliacciby Leoncavallo.

The institution became national in 1922 and changed its name to National Opera. A ballet company was established and gave its first performance in 1928. The opera ceased its performances for a while after the 1944 bombing of Sofia, but was restored shortly afterwards with a significant increase in government funding.

The company members are the most famous opera and ballet stars. Since its establishment in 1890, the Opera has been a cradle of many talents, which is the reason why many foreign specialists speak about the Bulgarian opera school. Sofia Opera is a first step of many future world-wide opera and ballet artists like: Anna Tomova-Sintova, GenaD imitrova, Raina Kabaivanska, Alexandrina Milcheva, Nikola Gyuzelev, Nikolay Gyaurov, Kaludi Kaludov, YasenValtchanov, Krassimira Koldamova.