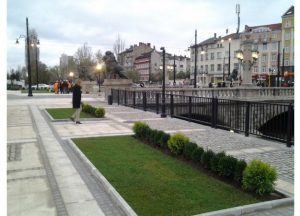 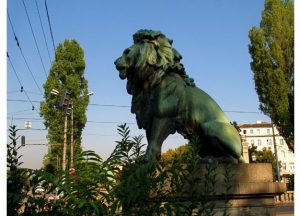 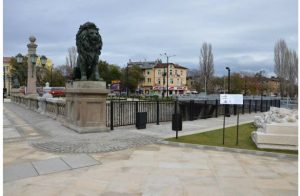 In the times before the Liberation Lion’s bridge was used by the Turkish law enforcers to execute the uprising Bulgarian scholars and revolutionaries, which were criminals in the eyes of the sultan. Thus after the Liberation the idea came that the people should honor the wrongfully executed by replacing the previous Turkish one with a memorial bridge with the bronze statues of four lions. Why lions? The lion is a symbol of the tenacity of Bulgarian revolutionaries. In 1891 the bridge was complete, however the project didn’t go through all the way and the square wasn’t established as planned. In 2014 a full scale reconstruction was done attempting to bring out the original idea and the Lion’s bridge square is now a fully-fledged pedestrian zone which is decorated in an early 20th century manner.

The area around Lion’s bridge retains part of the atmosphere of the early days of liberated Sofia. Most of the buildings around it are the original ones. Even the outdoors market place, which was established in 1878, is still there being very busy. The area around the bridge is surrounded by Turkish bakeries and kebab places. Not all heritages from the Ottoman rule are gruesome!