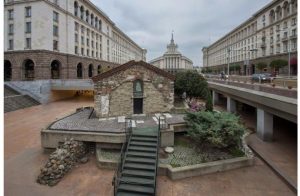 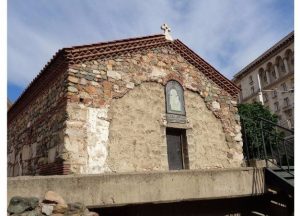 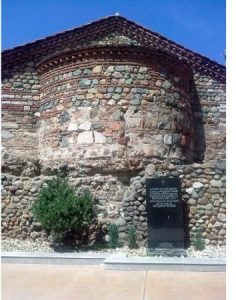 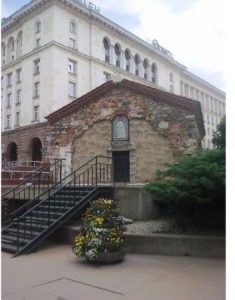 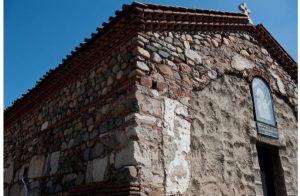 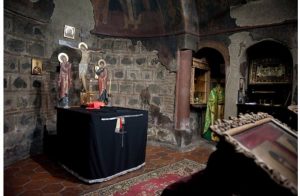 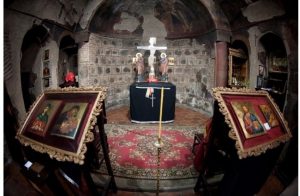 The Church of St Petka of the Saddlers is a medieval Bulgarian Orthodox church in the very center of Sofia of the modern and the antique city. The church is dedicated to St Petka, an 11th-century Bulgarian saint. She was the patron of the saddlers in the Middle Ages who lived in this area and performed their rituals in the church.

It is a small one-naved building partially dug into the ground. The church features a semi-cylindrical vault, a hemispherical apse, and a crypt, discovered during excavations after the Second World War. The walls are 1 m thick and made from brick and stone.

It was first mentioned in the 16th century and was constructed at the place of a former Roman religious building. It is today a monument of culture known for its mural paintings from the 14th, 15th, 17th and 19th century depicting biblical scenes.

According to one theory, Bulgarian national hero Vasil Levski is buried in the church. In 1956 during archeological excavations the scientists discovered several skeletons in the crypt. This theory was supported by press reports from 1937 retelling the stories of those who carried out the burial. The Bulgarian Academy of Sciences, however, does not support the view, which led to a harsh controversy in the 1980s that did not end with a conclusive decision.