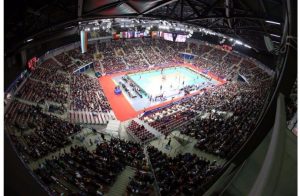 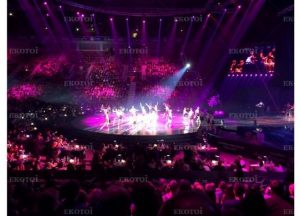 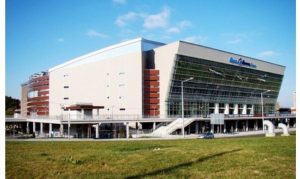 Arena Armeec is the biggest multi-purpose indoor arena in Bulgaria. It is located in Sofia 4 km away from the city center. It has a seating capacity of 12,373. For concerts it can grow to 17,000. It was originally called Arena Sofia before the Bulgarian insurance company Armeec purchased the naming rights until 2017.

Designed as an universal hall for cultural events and sports, the arena could host up to 30 types of sports, including basketball,  volleyball, handball, boxing, tennis, weightlifting, fencing and gymnastics
competitions as well as concerts.

During three days in February 2012 the arena hosted the Cirque du Soleil show Saltimbanco for the first time in Bulgaria. Between 9 and 11 November 2012 it also hosted the travelling ice show Disney on Ice, another debut for the country.

The first major concert in the arena was held by Jean Michel Jarre, followed by many other artists like Sade , Roxette, Foreigner, Toto, Enrique Iglesias, Iron Maiden and many others.