Sofia, having the most residents in Bulgaria, respectively, the capital city also has the most rich and diverse nightlife. The, nearly, two million “Sofians” are very hard-working, busy people, as Sofia can be called the central office for all foreign companies, which have established business in the country. Thus nearly one million, fun-loving residents of the city must be kept entertained. Oh, and let us not forget about the students. More on this topic will be said later on.

This does not mean that other cities are boring, but if Burgas (a seaside town) has three night bars and discos, Sofia will have fifty. The idea is that Sofia is not a resort, yet it beats even the largest seaside resorts in terms of number adult activities.

Sofia, especially during the warmer months of the year, never sleeps. There are constantly people on the main streets of the city. With restaurants serving 24/7 and bars working until sunrise pub-crawling is not hard at all.

There are also dozens of non stop convenient stores and a few supermarkets, which are also open 24 hours every day, including national holidays. 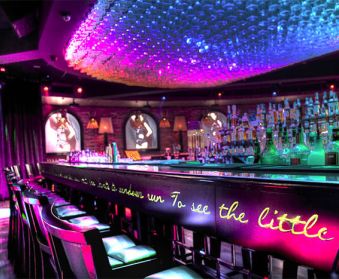 This is not a common practice worldwide, but it is a great benefit for late workers and night owls who smoke, forget to buy groceries or need a glass of strong espresso or java. The other big benefit is that there are different types of pubs and bars: classic pubs, playing all styles of music, rock and metal bars, different places where you can enjoy craft beer from around the world, countless nightclubs to dance the stress , cocktail bars to take care of the most demanding customers, kareo bars and last but not least strip clubs in Sofia … Everything one can think of.

The students were mentioned earlier, because there is a district in Sofia called “Student’s city”, where the dormitories of the Sofia-based universities are. The infrastructure consists of huge apartment buildings, discos and 24/7 fast food places. The discos are always full, as young people from all over the city and the world like to gather there and socialize. 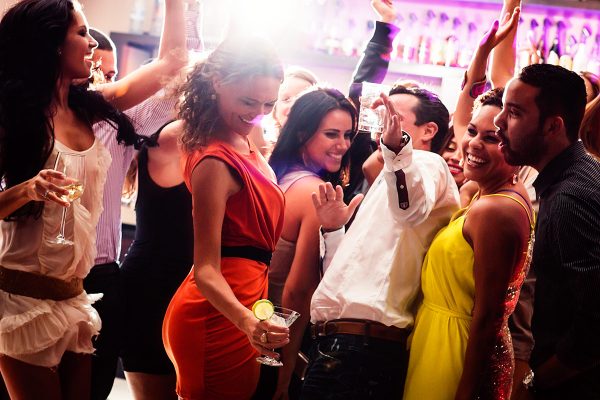 Aside from drinking, there is a gig of any sorts every night more or less. Rap battles, techno raves, jazz, blues, pop-folk, death metal, 80’s rock, Michael Jackson tribute…

But no matter what your taste is, very often at the end of the evening everyone ends up in a Chalga club. These kinds of clubs are exotic and interesting with their specific Balkan music and dances.

We are sure you’ll love the nightlife in Sofia. Please check out our recommended reviews of bars and clubs in Sofia here  or strip clubs and plan your stay in Sofia.