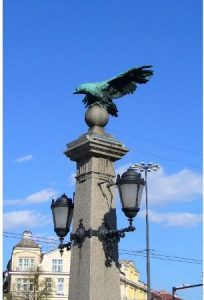 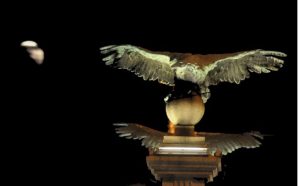 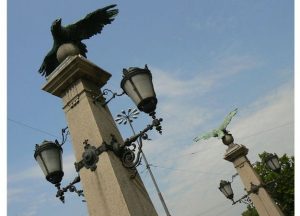 Eagle’s bridge is a junction and a square in the center of Sofia. The bridge goes over the Perlovska River. Eagle’s bridges’ name comes from the four bronze eagle statues. The junction is really important for the Sofia road network because from here starts Tzarigradsko shosse and the highway to Burgas and Istanbul.

The bridge was constructed in 1891 and since then has been regarded as a symbol of freedom and a gateway to the city.

Today Eagle’s bridge is a favorite place for a lot of the residents of Sofia. It is also a preferred place for protests as this is where after the peace treaty was signed in San Stefano prisoners who openly rebelled against the Ottoman rule were released.

The area around Eagle’s bridge bears the spirit of the past centuries as it is close to Sofia University, which was built 1888, the Borisova gradina park, the Ariana Lake and is also surrounded by other buildings from that time.

Eagle’s bridge is easily accessible, being the gateway to the city, as there are numerous bus and trolley lines as well as a subway station, connecting it to Sofia University.