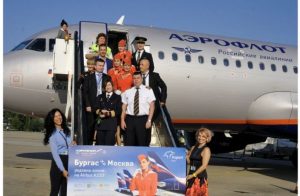 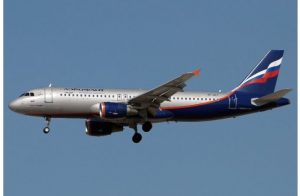 Founded by the Russian Government on February 09, 1923 Aeroflot is among the world’s oldest airlines and one of Russia’s most recognized brands. Since April 10, 2009 Aeroflot’s CEO and General Manager is Vitaly G. Saveliev.
Aeroflot was the first Russian airline company to join the International Air Transport Association (IATA) in 1989.
Aeroflot is Russia’s national carrier and largest Airline. In 2011, Aeroflot carried more 14.17 million passengers.
Through its hub at Sheremetyevo Airport in Moscow, Aeroflot under the summer schedule 2012 operates flights to 115 destinations in 52 countries (33 destinations in Russia). There are regular flights to Sofia and from Sofia.
Aeroflot offers tickets for some domestic and international flights at special fares on a regular basis. Tickets are issued within 24 hours after booking. No restrictions are set on the days of the week or the last return date; the minimum duration of stay at the destinations is until the next Sunday and the maximum duration is one month. Tickets for these destinations are only valid for Aeroflot (SU) flights.
In April 2006, Aeroflot became a full member of SkyTeam, the second-largest airline alliance in the world (since 2011 also a member of Sky Team Cargo). Through its combined vast network, SkyTeam provides service to over 900 destinations in 173 countries.
Aeroflot’s fleet, which is among Europe’s most modern, youngest and fastest growing, consists of 120 aircrafts, with its backbone formed by modern Airbus A320-family, A330 and Boeing B767 airliners.
Today Aeroflot is an airline with an excellent safety record, operational reliability and a reputation for industry leading customer service. Aeroflot was the first Russian carrier to be included in IATA’s Operational Safety Audit (IOSA) Registry. As part of its commitment to safety, Aeroflot operates the largest Centre of Flight Control (CFC) in Eastern Europe. The company has also set up an up-to-date Emergency Operations Centre based on modern technologies.